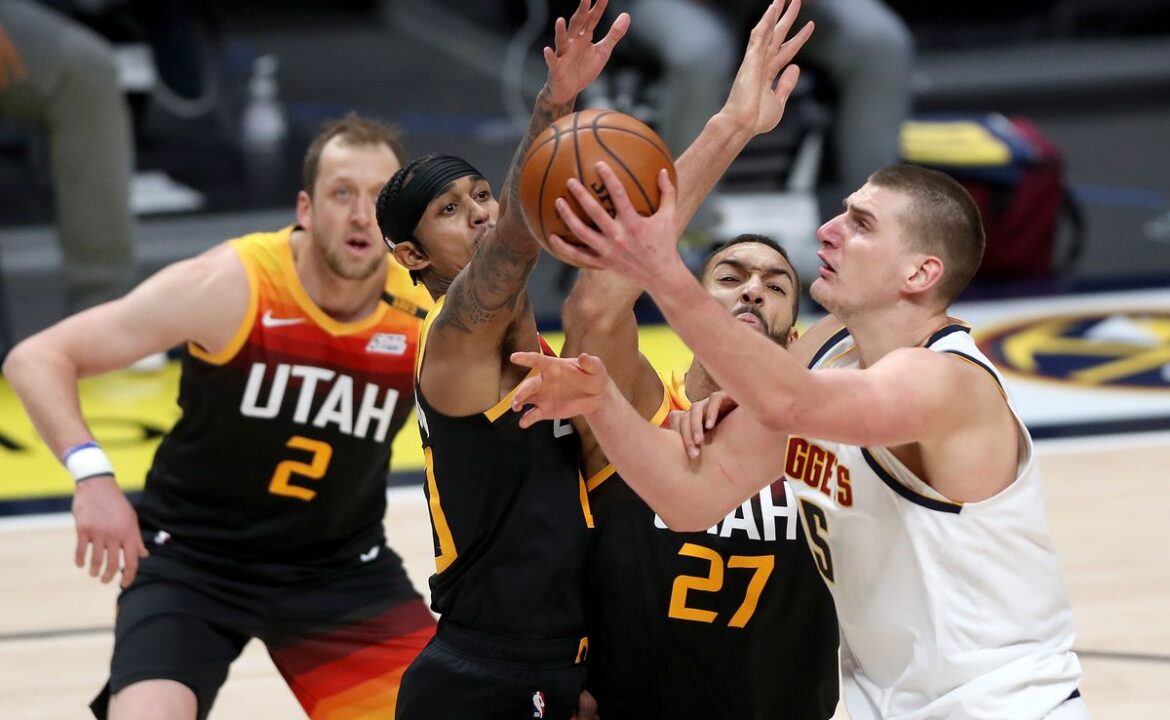 Battle of the Big Men

The Nuggets try to get back on track following a 103-89 loss to Dallas on Monday, but it’s not going to be easy with Utah coming to town. The Jazz are 27-10, which is the 3rd best record in the NBA, and Quin Snyder’s squad needs every win they can get to try and keep up with the 29-7 Warriors and 29-8 Suns.

The loss to the Mavericks snapped a three-game win streak for the Nuggets, and even worse, it came with Dallas playing on back-to-back nights. Nikola Jokic had 27 points and 16 rebounds vs. Dallas, but he’s got a tough matchup ahead with Rudy Gobert set to battle in the paint. The Jazz are one of the better teams in the NBA in post defense.

Jazz Back Court the X-Factor

For as good as Gobert is on the interior as Utah has the #7 defense in the NBA vs. the center position, what the Nuggets really need to worry about in Wednesday’s game is the Jazz backcourt. Utah pulled away from New Orleans 115-104 on Monday behind 29 points from Donovan Mitchell and another 22 from Mike Conley. Conley finished with a +/- of +24 in that game.

Mitchell has been on a run of his own, going for 27+ in 8 of the last ten games. The Nuggets could again be a bit thin in the backcourt with Monte Morris still trying to work his way back from a knee injury and Austin Rivers landing on the injury report with some thumb issues. Denver being depleted at the guard position plays into the strength of the Jazz, who also bring Jordan Clarkson off the bench to the tune of 15.1 ppg.

The Nuggets had a game with Golden State at Ball Arena postponed because of COVID running through the Denver locker room. That means Wednesday’s contest with the Jazz will be the first home game for Mike Malone and company since a 115-107 loss to Charlotte on December 23rd. The Nuggets are also just 8-6 at home this season, though.

Per usual, it’s going to be all eyes on Jokic in Wednesday’s matchup. He was a rebound shy of three straight 20+ point/ 20+ rebound double-doubles and has followed that up with 24/11 against Houston and 27/16 even in the loss to Dallas. Gobert is always a tough matchup, and Jokic actually left the first meeting with the Jazz this season after just 15 minutes after suffering a right knee contusion. He did have 24 points in those 15 minutes, but the Nuggets ended up falling 122-110 in that game.

Which Nuggets team are we going to see in this matchup – the one that knocked off three straight wins or the squad that lost 103-89 against the Mavericks on Monday night? Dallas was playing on 0 days rest in Monday’s contest and also didn’t have Kristaps Porzingis, who is fighting through some ailments and is also now in the health and safety protocols.

Luka Doncic had 21/8/15 against the Nuggets on Monday even while playing on the back to back and in just his second game since December 10th. That would point towards a huge game from Utah’s Mitchell, but will that be enough to cover the -4.5 point spread? As always, Jokic will likely get his, but the Jazz look too deep in the backcourt for the Nuggets to hang close.

Keep up with your latest NBA news coverage and betting pick previews at RockyMountainBets.