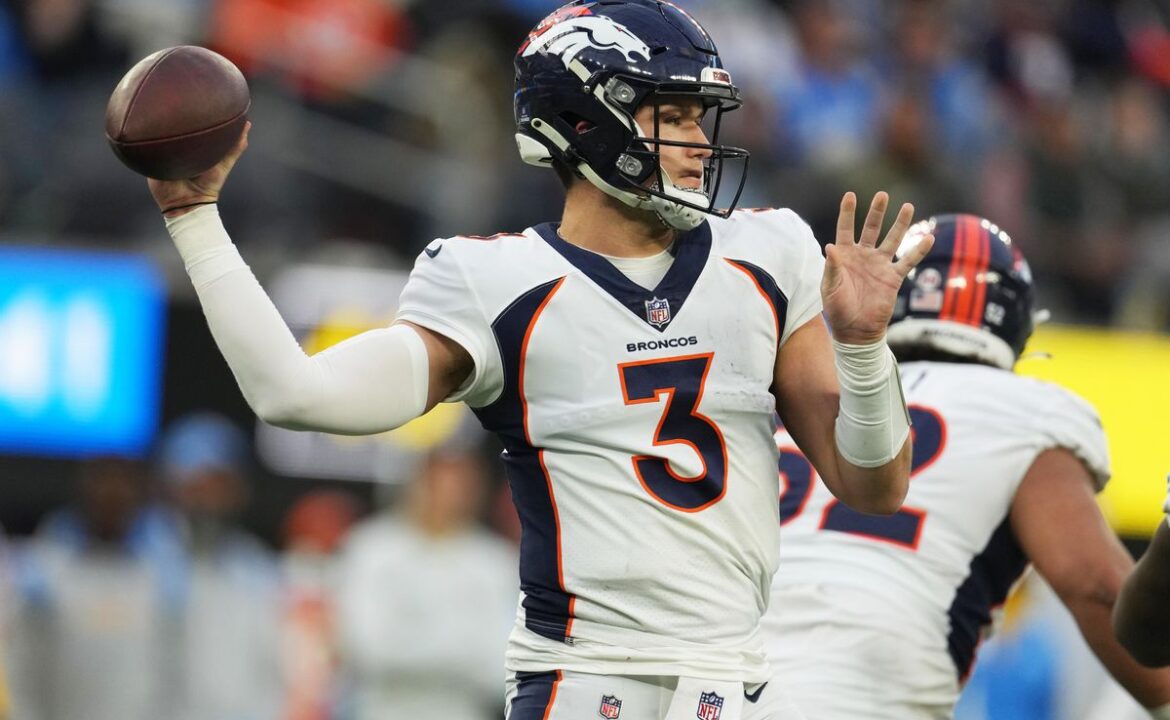 It is another lost season in Denver. The Broncos will miss the playoffs for the sixth straight year, and they are guaranteed to finish in last place in the AFC West. The only thing left to decide this weekend is if they will have nine losses or 10.

Once this Saturday is over and this season is behind them, then they will go about deciding the future of head coach Vic Fangio, now with a third straight losing season, and who will be the team’s future at quarterback.

For the Chiefs, there is still playoff seeding to consider. A win keeps them alive for the top seed in the AFC. A loss could drop them all the way to fourth potentially, depending on where the Bengals and Bills fall. But when it comes to playing the Broncos, losses haven’t happened much of late.

Kansas City comes into the game riding a 12-game winning streak against the Broncos, and Patrick Mahomes is a perfect 8-0 against Denver. It is the longest streak in the rivalry’s history, beating the Chiefs 11-game winning streak from 1964 to 1969.

What’s happened in the past will have little influence on what happens Saturday. That will come down to the play of Mahomes. The 2018 NFL MVP struggled early in the season, but the AFC’s Offensive Player of the Month for December has 17 touchdowns to just four interceptions since Kansas City began its recent eight-game losing streak.

The Chiefs lost on Sunday at Cincinnati, but Mahomes played another great game.

The Kansas City defense, however, did not. The 34 points allowed to the Bengals was the most they’ve given up since Week 5. And if they are going to make another deep run through the postseason, they will need to play much better.

The Kansas City pass rush was fine on Sunday, sacking Joe Burrow four times. But 446 yards allowed to Burrow will not get it done in the playoffs.

The Chiefs’ secondary showed that it is vulnerable to a great quarterback-wide receiver combo going one-on-one on the outside. The problem for the Broncos’ offense is that they don’t have that combo or anything close to resembling it.

The Bengals lead the NFL in pass plays of more than 25 yards, with 41. The Broncos have 30, which isn’t bad, but it hasn’t been enough to challenge other defenses. The Broncos rank 19th in passing yards per game and just 23rd in points scored.

There is no Teddy Bridgewater again this week, so Drew Lock will start. He’s protected the football in his two starts since Bridgewater went down with a concussion, not throwing any interceptions. But Denver has scored a total of 26 points in two games, and the quarterback bears much of that responsibility.

Maybe the Broncos show up big-time for their head coach in the hopes of saving his job. Perhaps they get fired up to beat their division rivals. More likely, however, is that the Chiefs’ superior roster takes over, as it did when these teams met a month ago in Kansas City.

That game was for first place, and the Broncos were no-shows. It’s hard to believe that this week ends up any different. The Chiefs will win on Saturday, and they will COVER.

Kansas City has gone over in four straight games, scoring 48, 34, 36, and 31 over that stretch. But the Broncos have gone under in all but three games this season.

The Chiefs will win in Denver, 30-13, and this game finishes UNDER.