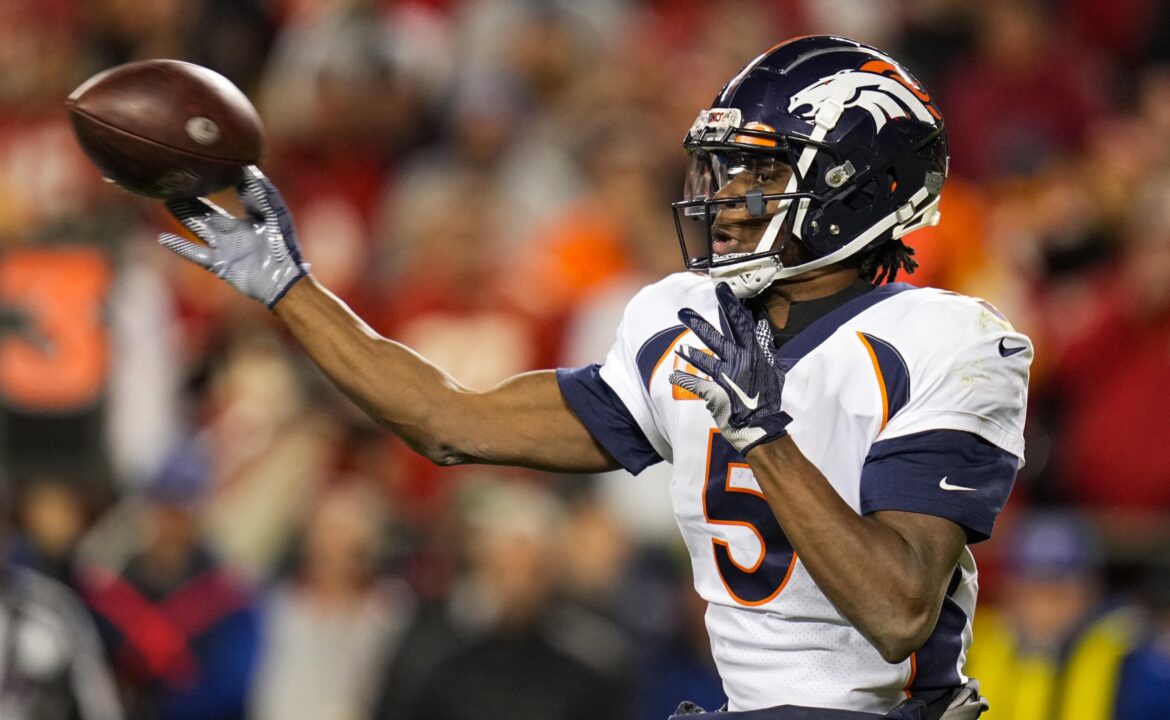 The Lions had just won a game, so we don’t want to look a gift victory in the mouth. The Broncos were dominant in their win on Sunday, and it only matters a little that it came against the team in line for the first overall NFL draft pick in 2022.

It was an emotional day in Denver, as the team honored former wide receiver Demaryius Thomas. And responding with a big win was a good sign.

For the Bengals, the signs are less good. They have lost two straight games, both at home, and they’ve gone from thinking about an AFC North title to just hoping for a wild card. At 7-6 and facing another 7-6 team, this game is critical.

There are five teams in the AFC who enter the weekend at 7-6, and three of them are going to miss the playoffs.

The Bengals come into Denver on a two-game losing streak, but it’s not your average slide. Two weeks ago, a series of unusual events – a dislocated finger for Joe Burrow, a sure touchdown to Ja’Marr Chase that became an interception, a fumble returned for a touchdown that resulted in at least a 10-point swing early in the fourth quarter – cost them against the Chargers.

Then there was the comeback last week against the 49ers, forcing the game into overtime and actually scoring first in overtime, only to lose.

Despite the finger, Burrow threw for 300 yards in both games. Chase caught two more touchdowns and went over 1,000 yards for his rookie season. Tee Higgins has now had three straight 100-yard games.

This team is still playing like a playoff team; they just haven’t gotten the wins.

There was great concern about how the Broncos would respond following their loss at Kansas City. The team built it up as the biggest game for the franchise in five years, and then they fell flat on their faces. And then it was the Lions; a team everyone struggles to get motivated for.

Those worries were unfounded as the Broncos played one of their most complete games of the season. Melvin Gordon announced with authority that he’s not ready to concede RB1 to rookie Javonte Williams just yet. Gordon rushed for 111 yards and two touchdowns, and Williams ran for 73 yards and a score.

Teddy Bridgewater wasn’t spectacular, but he moved the ball with efficiency and precision, which was all that was required. And the defense forced two turnovers, got two sacks, and gave up their fewest points since beating Washington in October.

It was a good way to say we’re not dead yet.

Despite the season that Joe Mixon has had, right now, the Broncos are running the football better. And if this were to become a weather game, where the quarterbacks became limited in what they could do, Denver might be the pick.

Take the Bengals and the points.

Teddy Bridgewater being the lesser quarterback does not mean that he’s not capable. Denver will move the football and score their own points, and this game should go over 44 points. Playing the OVER on the Broncos has been tough this season – last week’s game against the Lions was just Denver’s third over of the season.

But this game feels like a 27-24 final score, making the OVER the better play.